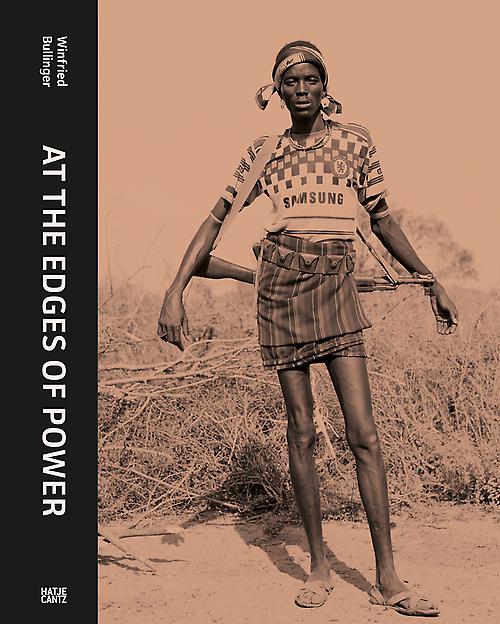 At the Edges of Power is Winfried Bullinger’s (*1965 in Munich) conceptual work of portraiture about people in Africa. Members of the Nuer, the Afar, the Karamajong, and other tribes live and survive thanks to a high degree of independence and delimitation. The pictures in this book were shot with a large-format camera on numerous expeditions undertaken over a period of ten years in the countries of Sudan, Ethiopia, Kenya, Uganda, Tanzania, and the Central African Republic. Bullinger presents portraits of people who stop on their paths or interrupt their work for the brief seconds it takes to shoot a photograph. The photographs were taken on the sites of these encounters. The people depicted wear the clothing and carry the equipment they had at that moment. In a way previously unseen, the artist—via his perspective, schooled in the techniques of August Sander—succeeds in capturing images of the complex connection between the individual and the history of his community.