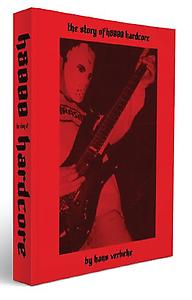 It all begins in 1978, when a near-legendary Sex Pistols/P.I.G.Z. show in Kortrijk gets cancelled. From that point on, the story rips by like a runaway train, up until the turn of the millennium. From the early ’90s onwards, the H8000 hardcore scene became one of the most active and influential punk scenes on the European mainland. Its musical style and philosophy had and still has a major influence on bands and individuals all over the globe. The personalities presented and opinions expressed in this book are as varied as the music these people have created since. This is your chance to hear the real story, straight from the mouth of key players in bands like Rise Above, Nations On Fire, Blindfold, Shortsight, Spirit Of Youth, Congress, Liar, Regression, Deformity, Spineless, as well as many record labels and zealous fans from the heydays of H8000. More than anything, this book will show you how crazy those times truly were.