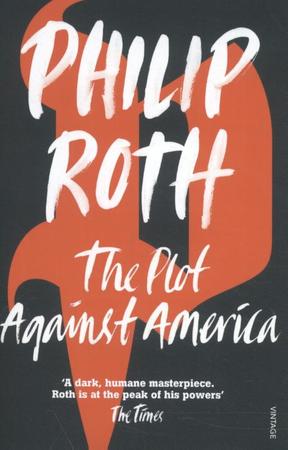 The Plot Against America

‘In The Plot Against America, Roth precisely described the sinister and chilling nightmare in which the United States now finds itself… America has not read enough of Philip Roth’ Bernard-Henri Levy When the renowned aviation hero and rabid isolationist Charles A. Lindbergh defeats Franklin Roosevelt by a landslide in the 1940 presidential election, fear invades every Jewish household in America. Not only has Lindbergh publicly blamed the Jews for pushing America towards a pointless war with Nazi Germany, but, upon taking office as the 33rd president of the United States, he negotiates a cordial ‘understanding’ with Adolf Hitler, guaranteeing peaceful relations between the two nations. What then follows is the alternative America of this startling counterfactual novel by Philip Roth, who recounts what it was like for his Newark family during the menacingly anti-Semitic years of the Lindbergh presidency. Jewish families are shaken violently apart, whilst America is oblivious to its own dark metamorphosis. ‘Many passages in The Plot Against Americaecho feelings voiced today by vulnerable Americans – immigrants and minorities as alarmed by Trump’s election as the Jews of Newark are frightened by Lindbergh’s’ New Yorker **ONE OF THE GUARDIAN’S100 BEST BOOKS OF THE 21st CENTURY**