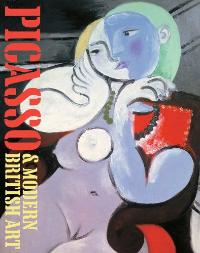 Accompanying a major touring exhibition, Picasso and Modern British Art is the first book to explore Pablo Picasso’s lifelong connections with the United Kingdom. Picasso’s enormous impact on British modernism is examined through seven artists in particular for whom he proved an important stimulus: Duncan Grant, Wyndham Lewis, Ben Nicholson, Henry Moore, Francis Bacon, Graham Sutherland and David Hockney. Their responses to Picasso’s work are wide and varied: from Francis Bacon’s extraordinary Three Studies for Figures at the Base of a Crucifixion (1944) that draws from Picasso’s paintings of figures on the beach at Dinard, works that Bacon said first inspired him to take up painting, to David Hockney’s pictorial ‘homages’ to Picasso after visiting the major Picasso retrospective exhibition at Tate eight times, the beginning of a life-long obsession with the artist. Such was Picasso’s status that it extended beyond the artistic to the political sphere, with the tour of his anti-Fascist work Guernica at the end of the 1930s and his presence at the Sheffield Peace Conference in 1950 making headline news. With over 150 illustrations and texts by leading experts in the field, this book sheds light on a little-known aspect of Picasso’s career, while at the same time redrawing our mental map of British culture in the early and mid-twentieth century.