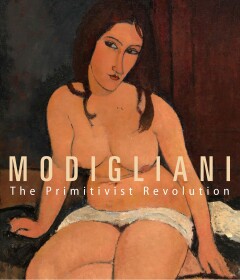 Amedeo Modigliani (1884û1920) moved to Paris as a 22-year-old art student and is regarded as probably the last true bohÚmien in Montmartre. The exhibition catalogue to mark the 100th anniversary of his death shows him for the first time as a leading member of the avant-garde who carried the revolution of Primitivism well into the 20th century.

ModiglianiÆs famous nudes, unusual portraits and unique sculptures are contrasted with works by Pablo Picasso, Constantin BrÔncusi and AndrÚ Derain as well as artefacts from so-called ôprimitiveö cultures. In doing so the volume focuses in particular on ModiglianiÆs lifelong study of the art of Primitivism, which also interested the artist friends who influenced his work. Some 100 works are on view, including numerous main works by Modigliani from the great museums and most important private collections from America to Asia.