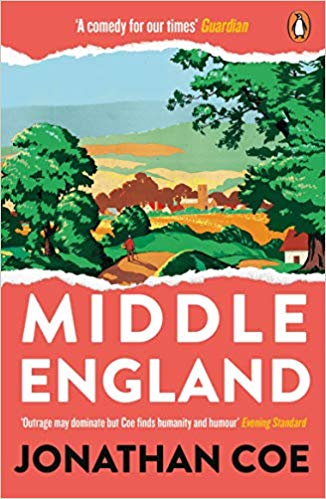 THE BOOK EVERYONE IS TALKING ABOUT THE TIMES

It was tempting to think, at times like this, that some bizarre hysteria had gripped the British people

Beginning eight years ago on the outskirts of Birmingham, where car factories have been replaced by Poundland, and London, where frenzied riots give way to Olympic fever, Middle England follows a brilliantly vivid cast of characters through a time of immense change.

There are newlyweds Ian and Sophie, who disagree about the future of the country and, possibly, the future of their relationship; Doug, the political commentator who writes impassioned columns about austerity from his Chelsea townhouse, and his radical teenage daughter who will stop at nothing in her quest for social justice; Benjamin Trotter, who embarks on an apparently doomed new career in middle age, and his father Colin, whose last wish is to vote in the European referendum. And within all these lives is the story of modern England: a story of nostalgia and delusion; of bewilderment and barely-suppressed rage.

Following in the footsteps of The Rotters Club and The Closed Circle, Jonathan Coes new novel is the novel for our strange new times.