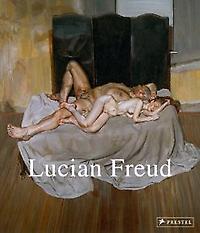 Surveying Lucian Freud’s entire career and including many of his most important paintings, this generously illustrated book also explores his interest in historical art and the influence it had on the artist’s work. Known chiefly for his remarkable portrait and figure paintings of psychological depth and unsparing scrutiny, Lucian Freud (1922-2011) was one of the most important and influential artists of his generation. His subjects, many of whom were portrayed repeatedly over the years, included his large family and circle of close friends, working-class associates and blue-blooded aristocrats. Accompanying an exhibition at the Kunsthistorisches Museum, Vienna, this book presents the highlights of Freud’s working life, a period of almost 70 years, and includes many of his most significant and well-known paintings: self-portraits, portraits of his family, friends and fellow artists, commissions, landscapes and still lives. The selection of works was made with the close personal involvement of the artist during the months prior to his death in July 2011 and includes works from museums and private collections throughout the world. This book also delves into Freud’s lifelong interest in historical art, in painters and draughtsmen such as Chardin, D?rer, Holbein, Rubens, Rembrandt, Titian, Vel?zquez and Watteau, and in sculptors going back to Egyptian antiquity. In addition to the numerous illustrations, the book includes essays by renowned curators from the Mus?e du Louvre, Paris, the Victoria & Albert Museum, London, the Neues Museum, Berlin, the Metropolitan Museum of Art, New York, Dulwich Picture Gallery, London, and the Kunsthistorisches Museum, Vienna.